Rheumatoid Arthritis- What is RA?

Rheumatoid arthritis is a disease which causes inflammation of the joints as well as tissues that surround the joints. RA can cause inflammation in various other organs of the body as well. Autoimmune diseases occur when your body attacks the tissues by mistake. Your immune system is in charge of ridding infections and other symptoms the body feels are invaders. People with these types of diseases have antibodies that attack their own tissue when it associates the invader with inflammation. Rheumatoid arthritis is considered a systemic sickness which is where it gets its name rheumatoid disease.

RA is a chronic disease which means it can last for a very long time, sometimes up to many years. Some people may have lapses of time where the symptoms appear to be gone however, rheumatoid arthritis is a progressive disease and will begin to break down the joints and cause disability.

To understand rheumatoid arthritis you must understand the areas of the body it effects. A joint is a part of the body where 2 bones meet and allow the body to move. The definition of arthritis is the inflammation of the joint. Tendons, muscles and ligaments can also be affected by rheumatoid arthritis. The tissues surrounding these areas become inflamed and cause stiffness, redness and swelling of the joints which can become quite painful.

Some people with rheumatoid arthritis will experience destruction of ligaments, bone and cartilage which will cause deformity of the joints. The damage can occur in early stages of the disease. Due to the progressive nature of RA the longer the disease is present the worse the joint could decay. It has been shown that the pain or swelling of the joints is not related to how long you have suffered with the disease. It can sometimes become quite painful in its early stages.

Rheumatoid arthritis affects around 1.4 million people in the U.S. RA does not discriminate as it can be found in all races of people however, it more common in women than in men. RA can begin as early as childhood in some cases which is known as juvenile rheumatoid arthritis although the disease will usually occur in people between 40 and 60 years old. There is a suggestion that RA is genetic.

Below Are Some Facts Regarding Rheumatoid Arthritis.

RA does affect the joints however it can be disease that affects many other parts of the body as mentioned above. Other organs can become affected which classifies RA as a systemic disease.

Symptoms of many forms of autoimmune diseases can come and go. People with rheumatoid arthritis will have good days and will suffer flare ups. The best course of action is to seek treatment if you feel you have any rheumatoid arthritis symptoms. In some cases the disease can be completely cured.

Juvenile Rheumatoid Arthritis (JRA) is the most common form of arthritis for children. It usually will cause few problems but can cause joint damage and pain for children. Some of the most common symptoms of JRA are joint stiffness or a bent joint, joint damage and can cause issues with growth. Activity levels in children suffering from Juvenile Rheumatoid Arthritis will occur. Weakening muscles and tissues surrounding the joints will occur. Each child is affected in different ways and some children may not have an changes while some will suffer different degrees of symptoms.

The symptoms of Juvenile Rheumatoid Arthritis will vary from child to child. It is important to take special care when dealing with a child with JRA. There is no set test to determine JRA. A physician may only diagnose juvenile rheumatoid arthritis if there is constant arthritis pain in multiple joints for at lease one month and all other sicknesses are ruled out. There are three types of JRA.

If you think your child may have Juvenile Rheumatoid Arthritis, please visit a physician as soon as possible. 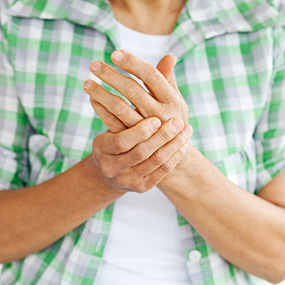 Rheumatoid arthritis symptoms can show signs in numerous ways. The one flagship symptoms is inflammation of the joints. The most common joints affected are ankles, wrists, elbows, hands and feet. People who have suffered for a prolonged amount of time may see the vertebrae become affected. Normally there are multiple joints affected. Here a few common rheumatoid arthritis symptoms.

Other rheumatoid arthritis symptoms include fever, loss of appetite, fatigue, joint aches, weight loss and a loss of energy. Symptoms will usually appear gradually in most people but has been known to appear suddenly in others. When you first begin to notice any of these symptoms you may feel like you are coming down with a flu as many rheumatoid arthritis symptoms mimic this feeling. If your rheumatoid arthritis is going into remission you may experience stiffness that lasts no more than 15 minutes at a time. You may begin to feel more rested and your joint pain will become less intense. You may also regain some range of motion in the affected joints and less swelling in the tissues surrounding the joints.

Other Affects Of Rheumatoid Arthritis Symptoms In The Body

Fluid build up could occur especially in the ankles. It has been known to build in the sac behind the knee joint, this is known as a Baker cyst. These rheumatoid arthritis symptoms feel similar to a tumor and can extend into the calf causing a lot of pain. These cysts can also occur in people who are not diagnosed with rheumatoid arthritis. Many flu like symptoms will occur and can last years.

Juvenile rheumatoid arthritis is also referred to as Stills disease. The earliest symptom in children is chills, fever, swelling of the joints and pain. You may see a pink rash around the affected joint.

Should We Take Drugs or Natural Arthritis Remedies? 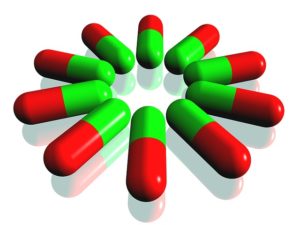 Rheumatoid arthritis tends to be a very painful disease and people who happen to  be clinically diagnosed with it could probably feel quite depressed and even  consider that their whole life is over. However there are various different ways  to treat this complaint and I’m not just talking about rheumatoid arthritis medication as suggested by your doctor. One can find 100 % natural treatment solutions which will be very effective too.

Doctors will commonly recommend medicine such as steroid  drugs, DMARDS or Nonsteroidal anti-inflammatories for treating rheumatoid  arthritis symptoms. Steroid drugs have a very strong anti-inflammatory action  which is why these are so extensively given by doctors for this disorder.  Steroids can reduce inflammation and pain in a short time, however they can lead  to significant side effects if used too much and can be costly to obtain.

Disease-modifying anti-rheumatic drugs (DMARDs) are actually drug treatments that can suppress the immunity mechanism and are therefore beneficial, considering that rheumatoid arthritis is actually a
malfunction of the body’s immune system. In spite of this using these can leave users vulnerable to a number of diseases as a consequence of reduced defences.

Nonsteroidal anti-inflammatories (NSAIDS) also address swollen and painful joints and can also be purchased over the counter in their simple form, for example Aspirin or Voltaren. These types of medication can lead to digestive disorders and even liver break down when used for long periods of time.

If you have tested positive for rheumatoid arthritis, then it is imperative that you use whatever prescription medication your health care provider prescribes until the problem has settled down and you are feeling better and can cope with your pain management. Then could be the time for you to begin trying natural treatments for rheumatoid arthritis that allows you to minimize the amount of drug treatments you need to take.

Definitely continue with the guidance of your medical doctor, however ensure that he knows you intend to follow a more natural approach. A naturopath might be a great option, as they can recommend natural pain remedies and treatment plans.

A lasting solution with regard to rheumatoid arthritis may perhaps be still some time in the future. Never theless you can get natural arthritis pain relief that will help. There are several non-chemical and herbal pain treatment products which you can try. Most of these products have no unwanted side effects allowing them to be employed in the long term.

Make sure to eat a balanced and healthy diet and be sure you have sufficient gentle physical exercise. Exercise for rheumatoid arthritis tones up the muscle tissues and reduces pain